Scams Against Aging Adults are Easy to Fall Into 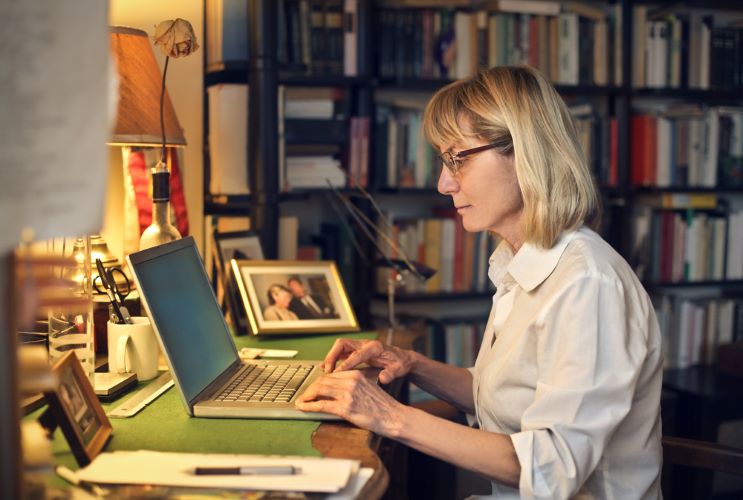 Rachel’s call was not a new one, but this situation was much larger than most of the elder fraud scams I’ve been hearing about. Her mother, Dorothy, was very active with her friends on Facebook. One day, her friend Nancy posted about a fun game to play on a Discord server. Dorothy had never heard of Discord and didn’t know what was involved but since her good friend recommended the game, she clicked on the link and started playing the game. Not long after playing, she received a message from another player on the Discord server telling her that she was one of the best players they had ever seen, and they wanted to talk to her about having someone so smart helping them with investments in cryptocurrency. She was intrigued as she had read about cryptocurrency but didn’t understand what it was. They offered her in depth training on how to make big money from it and she was excited to be able to help them.

They asked her to help spread the word about the investment opportunity to her friends and she was excited to start posting about it on her Facebook. She started their training, and it was very interesting. They kept telling her how intelligent she was and how they were happy to be working with her. They convinced her to purchase some cryptocurrency through them and she provided her payment information. They took just the amount that she paid them, and she was feeling secure in the transactions.

She told Rachel all about it and Rachel also became excited at the opportunity to get involved in buying cryptocurrency that she had heard so many people were making big money from it.

They both had a younger friend who knew about scams and computer viruses who saw the posts about the game on Discord and reached out to them to let them know it was a scam. Rachel was immediately concerned but Dorothy was certain she knew what a scam would look like, and she was fine. Rachel asked the friend to come over and look at their computers and sure enough, the scammers had gained access to the computers.

Rachel was worried about Dorothy continuing to give the scammers access to her computer. This became an even bigger issue when Dorothy willingly purchased gift cards to give the numbers to her new friends from the game and her bank account was emptied.

This was an emergent situation and one perfect for a care manager to guide the process and make sure that Dorothy was protected. A first visit was made, and it became clear that Dorothy had some mild cognitive impairment and a lack of impulse control which meant that larger measures would be required to help protect her. With permission, the care manager because communicating with the involved physicians and specialists and a plan was made to protect Dorothy. However, this was not before Dorothy lost all her money and control of her own social media. Scams against aging persons are at an all time high, with an estimated $3 billion stolen each year, per Consumer Affairs.

If you are worried about an aging loved family member who might easily fall prey to these types of scams and you need help creating a plan to care for their needs and protect them, please give us a call at (203) 258-2640 or email us at info@growingoptions.com.